Translating organometallic catalysis to the mitochondria of living cells 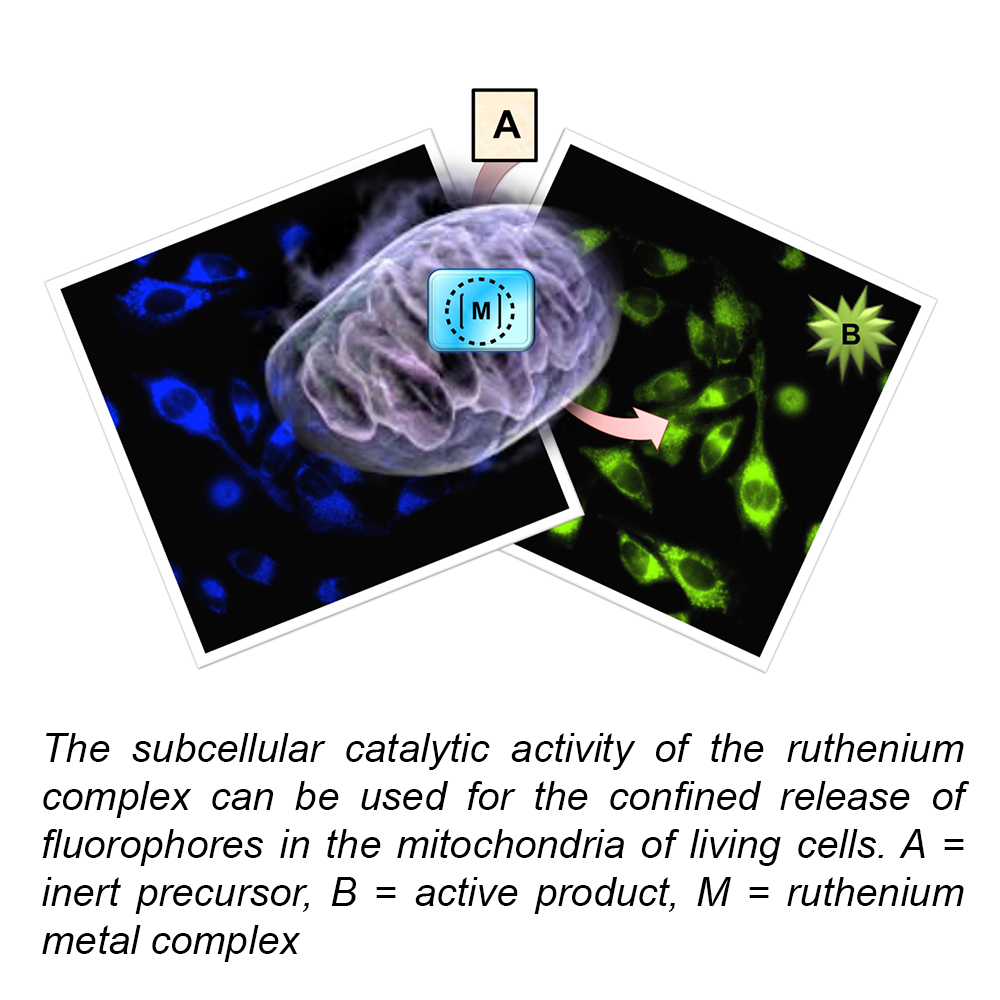 Thousands of chemical transformations are constantly occurring inside our cells. These processes are catalyzed by natural enzymes, substances primarily made of proteins which facilitate these reactions and allow them to take place at moderate temperatures. However, might we be able to design synthetic metallic compounds which could work as artificial enzymes, inducing chemical transformations not known in nature yet? This is the daily work of the members of the MetBioCat Project, led by Professor José Luis Mascareñas and funded by a prestigious ERC Advanced Grant, granted by the European Research Council (ERC).

In the frame of this european project, this research group presents in the prestigious journal Nature Communications new results at the interdisciplinary frontier between Chemistry and Cell Biology: a metallic catalyst composed of ruthenium capable of crossing cellular membranes and accumulating preferentially inside the mitochondria of living mammalian cells. Once the complex is localized in its intracellular destination, it promotes the catalytic transformation of exogeneous substrates into active drugs.

As a result of previous studies, the group of Professor Mascareñas had already reported the introduction of metallic catalysts made of ruthenium inside living cells. Nevertheless, this work goes one step further: the scientists have now succeeded on directing these type of metallic complexes to a specific subcellular organelle (mitochondria), demonstrating that these species keep their functional catalytic activities without generating toxicity. The destination is not trivial, since it’s one of the most relevant cellular organelles. Considered to be the power plant of the cells, mitochondria are the main source of adenosine triphosphate (ATP), an energy rich molecule that every living organism stocks up to perform the majority of their tasks.

The work, entirely developed at the CIQUS laboratories by the postdoctoral researchers of the group María Tomás, Miguel Martínez and José Couceiro, has demonstrated that the confined installation of the artificial catalyst at the mitochondria allows selective functional alterations by the introduction of inert substrates that are transformed into active compounds only when they interact with the catalyst.

This sort of methodology, consisting in the generation of activity and based on the dual action of a catalyst and an inactive substrate, opens the door to the development of powerful tools for the selective manipulation of living systems, with a view in the development of new therapeutic strategies. 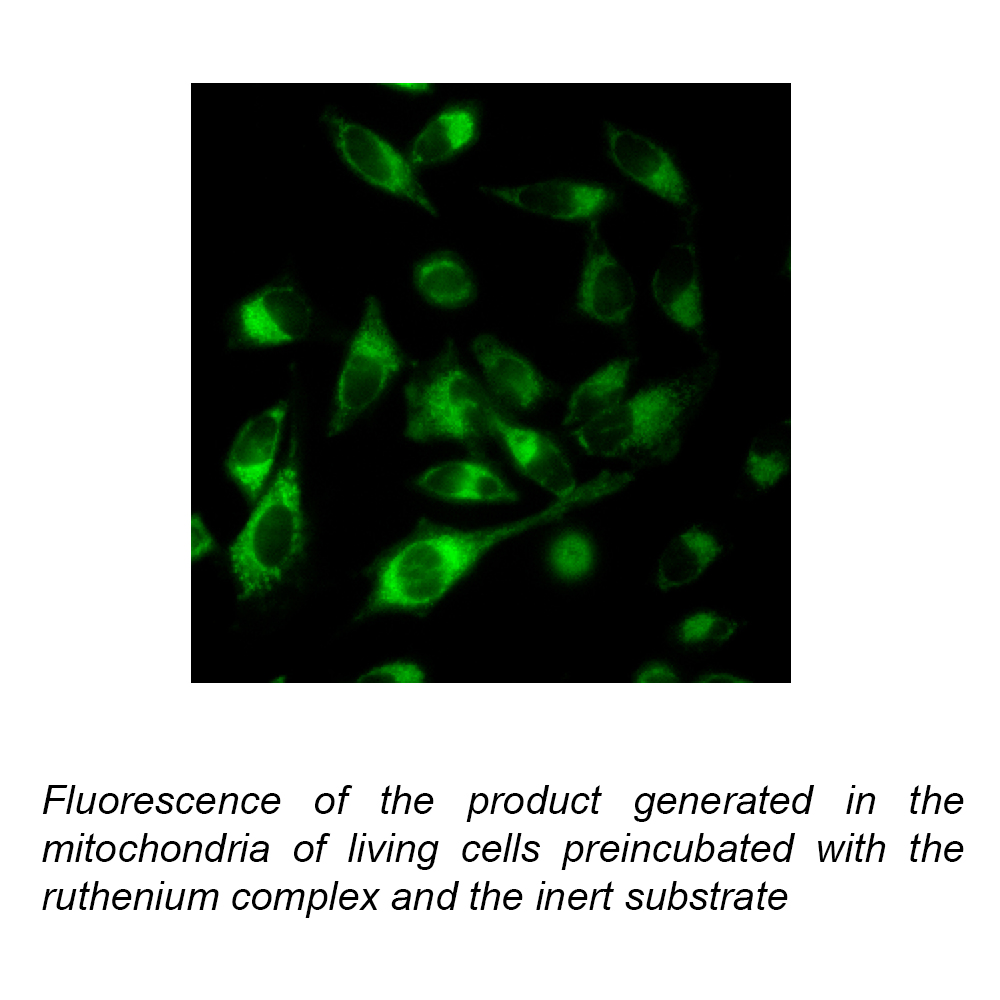 In any case, Professor Mascareñas emphasizes that these results must be seen within the realm of curiosity and conceptual creation, and prefers to be prudent: «This is a research project directed at the generation of new knowledge and we need to be cautious: there is still too much to be done and figured out before we can think about practical applications. It constitutes a high-risk project with many problems associated to the biological compatibility between our non-natural metallic complexes and living cells, among others.