Her Lab has pioneered numerous discoveries in the field of Pharmaceutical Technology and Nanomedicine. She becomes now the second scientist in Spain obtaining this distinction.

Professor María José Alonso, Principal Investigator at CiMUS and Full Professor of Biopharmaceutics and Pharmaceutical Technology at the University of Santiago de Compostela (USC), has been elected Member of the United States of America National Academy of Medicine (NAM). Considered one of the highest honors in the fields of health and medicine, this election recognizes individuals who have demonstrated outstanding professional achievement and commitment to service, distinguishing Professor Alonso’s career within a nomination that was promoted by Professor Patrick Couvreur, from the University of Paris Sud (France) and Professor Robert Langer, from Massachusets Institute of Technology (MIT, Cambridge, USA).

María José Alonso’s lab has pioneered numerous discoveries in the field of Pharmaceutical Technology and Nanomedicine. She has coordinated several research consortia financed by the World Health Organization (WHO), the Bill and Melinda Gates Foundation and the European Commission. Currently, she is involved in 5 EU Projects and coordinates the TRANS-INT EU Consortium.

She is the author of over 235 scientific contributions with more than 11,600 cites (H factor 65) and the inventor of 19 patent families. Due to the quality of her papers, she has been ranked among the Top Ten in Pharmacology (‘Times Higher Education International Ranking’). She also serves on the editorial board of 12 scientific journals. 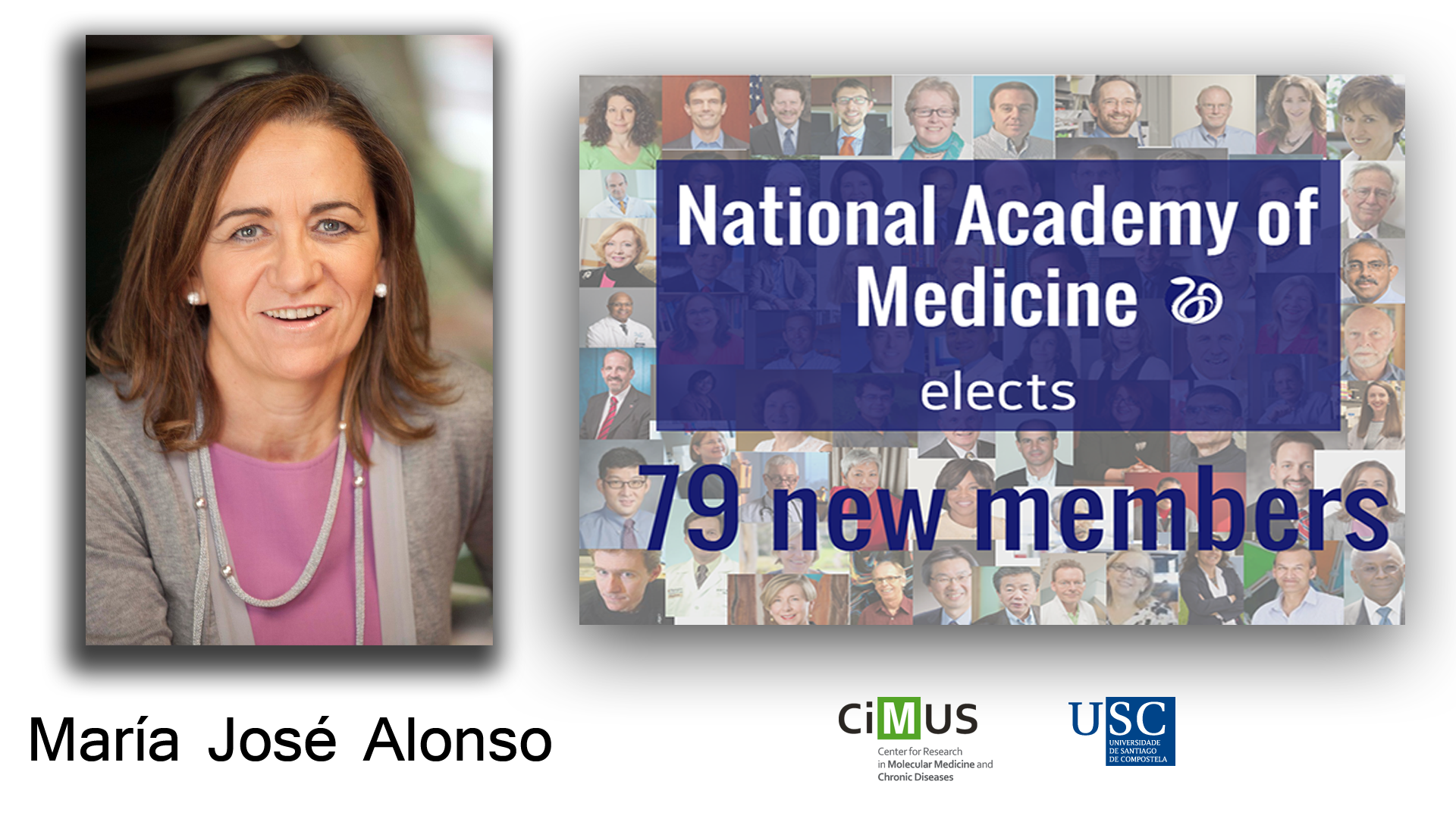 Professor Alonso has also held responsibilities in several scientific societies, among them the Controlled Release Society (CRS), a global organization whose main goal is to broaden the knowledge and the applications of delivery science and technology. Before this last election, she was also a member of three other Academies: the Academy of Pharmacy of Galicia, the Royal Academy of Sciences in Galicia and the Royal Academy of Pharmacy of Spain.

About NAM (National Academy of Medicine)