Blog > News > Research Centers Network > CiQUS > Advances in the synthesis of the Englerin A, the anticarcinogenic African substance

Advances in the synthesis of the Englerin A, the anticarcinogenic African substance

CiQUS researchers present a new method to obtain this compound of natural origin, with a promising activity in kidney cancers.

SORRY, BUT THIS CONTENT IS NOT AVALIABLE IN YOUR LANGUAGE.

IF YOU WISH, YOU CAN ALSO TRY AN AUTOMATIC TRANSLATION HERE

Englerin A is a natural product obtained from Phyllanthus engleri (a singular plant of East Africa) which in recent years has attracted the attention of chemists, biologists and physicians for its effectiveness as a potent and selective inhibitor of renal tumoral cells growth. However, despite their potential therapeutic benefits, its isolation is costly and ineffective. 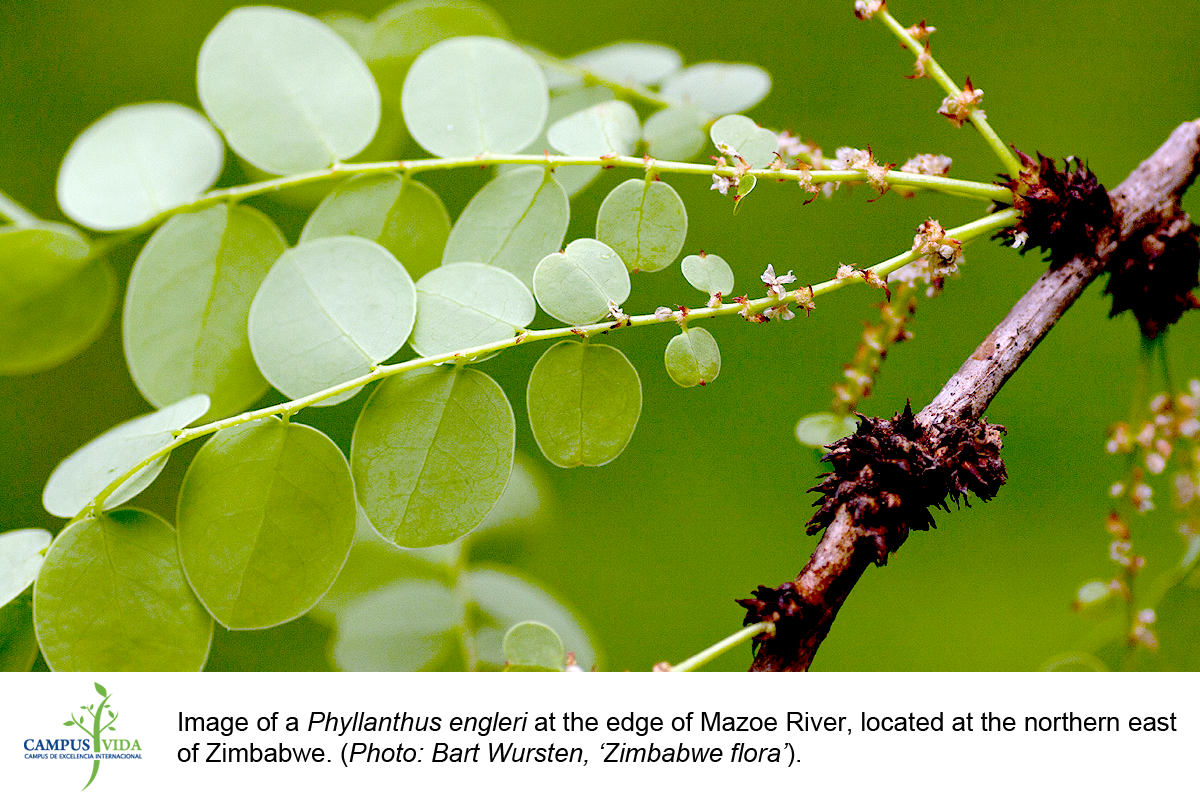 Consequently, during the last few years, the scientific community has multiplied their efforts dedicated to finding new ways of synthesizing Englerin A in a simple and efficient manner. On the other hand, several discoveries have also shed light on the important biological activity of Englerin. Thus, recent work by different international research groups has revealed its modus operandi in renal cells; In particular, it has been shown that this substance is able to bind to certain protein receptors located at the membranes of cells, triggering a massive entry of calcium ions which eventually causes their death. Despite these advances, additional studies are still required to clarify whether this compound will eventually have a valuable use in clinic. In particular, several research groups are now trying to find very similar molecules, which are known as structural analogues, which can become as potent as Englerin A but causing less toxicity.

Now, a team of researchers from CiQUS led by Professors José Luis Mascareñas (USC) and Fernando López (CSIC) has published in ‘Angewandte Chemie’ a very efficient strategy that allows the preparation of  Englerin A through 17 synthetic steps, with an overall yield of 11%. Besides, these scientists have also been able to prepare analogues with structural variations in certain areas of the molecule which have never been explored before. The access to these new analogues will facilitate the in-depth study of the biological mechanisms of this type of anticancer molecules. In addition, these scientists will investigate if the reported synthetic strategy is also efficient for the preparation of other molecules of the same family (Guaine sesquiterpenes), which also hold interesting biological properties.

The simplest route to the most remote point

Englerin A was first isolated in 2009. Since then, different research groups around the world have been able to design their own methods – or synthetic routes – to obtain it. «What differentiates this approach from many of the previous is its simplicity, since our strategy allows to obtain the molecule in a very effixient manner and with very few synthetic steps». Ronald Nelson, the first author of the work developed by the CiQUS group (MetBioCat) emphasizes that this new method «is not only simple, but also allows to synthesize structural analogs of Englerin A that were totally inaccessible until now: we have been able to modify the structure of the molecule at points previously unexplored».

The synthesis described in this paper is based on two key reactions: First, an asymmetric transfer hydrogenation originally developed by R. Noyori (Nobel Prize for Chemistry 2001) allowed the selective access to the natural optical isomer of Englerin A; On the other hand, a [4 + 3] cycloaddition reaction, previously developed by the same research group in 2008, enables the assembly of central skeleton of Englerin A (guaiane skeleton) in a single step. Finally, the natural product and their analogues were obtained from a successive series of oxygenation reactions and the incorporation of a methyl group or different alkyl groups by reactions with different organometallic reagents.